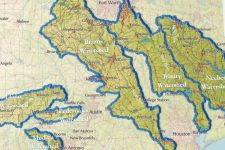 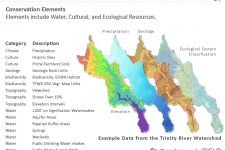 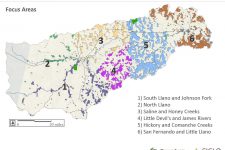 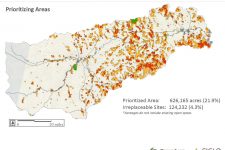 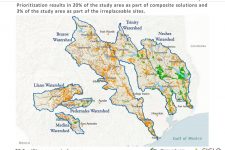 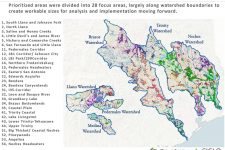 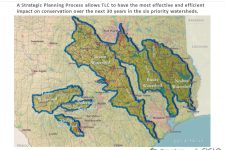 Working with Texas Land Conservancy, Siglo used over 140 variables in a systematic conservation planning process to determine priorities in a 27.5 million acre area.  The study area included six major watersheds, which were chosen for their ecological value, level of development threat, and TLC’s ability to have an impact there.  The six watersheds were the Medina, Pedernales, Llano, Neches, Lower Trinity, and Lower Brazos.  Areas were prioritized based on the presence of significant water, ecological, and cultural elements.  The results from this intensive study were presented at the National Land Trust Rally and at the statewide Texas Land Trust Council conferences in 2012 by Jonathan Ogren of Siglo and Mark Steinbach, Texas Land Conservancy Executive Director.